What is a Ponzi Scheme

The best definition of a Ponize Scheme comes from the U.S. Securities and Exchange Commission (SEC). At the SEC’s website Investor.gov, it states: “A Ponzi scheme is an investment fraud that pays existing investors with funds collected from new investors.”

The original Ponzi Scheme is attributed to Charles Ponzi, who swindled his clients out of $20 million in the 1920s. Today that $20 million is worth $258 million. He promised that he would return either a 50% profit in 45 days or 100% in 90 days. The scam was that he would pay his earlier clients from the investment pool of more recent clients. This scheming, of course, depended upon his ability to continually find new clients instead of a legitimate method of investing the pool in a potentially profitable project that could grow overtime.

End of the Road

As with a scheme such as Charles Ponzi’s, there is always an end of the road. Charles was charged with 86 counts of mail fraud and faced life imprisonment.

Timeline of End of the Road

Check out what I am doing

To check out what I am doing with silver, go to Steve’s Silver Ventures.

The above represents the opinion of Steve Sands, not only in terms of what each author has stated, but also his and based on the time of writing. Mr. Sands’ opinions are his own and are not a recommendation or an offer to buy or sell securities, commodities and/or cryptocurrencies. As trading and investing in any financial market may involve serious risk of loss, Mr. Sands recommends that you consult with a qualified investment advisor, one licensed by appropriate regulatory agencies in your legal jurisdiction and always do your own due diligence and research when making any kind of a transaction with financial ramifications. Although Mr. Sands has an MBA with a concentration in finance, he is not a Registered Securities Advisor; therefore, Mr. Sands’ opinions and analysis on the markets, including stocks, commodities and cryptocurrencies are his own and cannot and should not be construed as a solicitation to buy or sell. 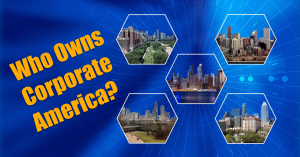 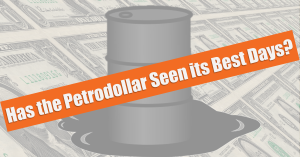 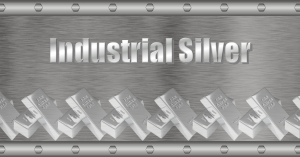 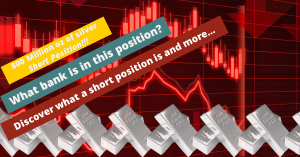 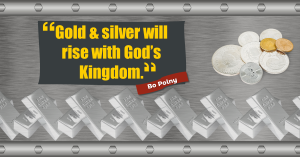 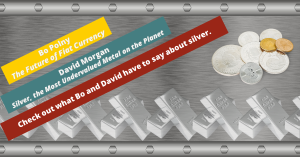